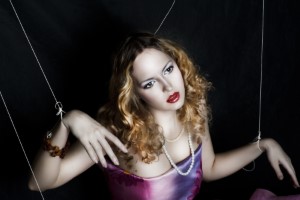 Do you think you are the person causing the problems in your relationship?

Is your partner or family right about what they said about you?

Let me give you one gauge, one guide, one question that you can ask yourself to figure out if you’re the one that’s being manipulative, or you have these tendencies, or you’re emotionally abusive. The question is:

If you get a “Well, no, not really. That wasn’t me before this relationship but maybe I developed it or maybe I started this behavior for whatever reason, “I’m going to tell you with 99% certainty that you are not the person that caused these issues.

This is the emotional abuse formula. Let me give you a break and say this is the emotional abuse formula. If you go into a relationship, not being this way, then you start to develop behavior that might be considered emotionally abusive, controlling, or manipulative, you very likely had to develop these behaviors to get your needs met. You very likely had to become someone that you weren’t, and that you probably don’t like being, just to get your needs met, and also feel loved and supported. Just to feel like this person actually cares about you.

So what you had to do was alter your behavior to fit into their behavior. This is what I mean when I say that I’m 99% sure that if you came into this relationship not doing these behaviors that may be controlling or emotionally abusive, you aren’t that person. You just had to develop behaviors so that you could get your needs met and get through the relationship in a way that made you feel somewhat normal, special, cared for, or cared about.

That’s what is what the emotionally abusive person continuously drills into you: “You could do better but you don’t. You could try harder, but you don’t!”

For several years I’ve been working with people who are in emotionally abusive relationships. In my experience, the partner of an emotional abuser will get into a state of self-blame and even seek counseling for their own “bad behavior.”

Really think about that question:  “Was I this way before?”

If your answer is, “I don’t know, I’m pretty young and haven’t had many relationships so I don’t know if I was this way before”, then let me ask you this:

Would you do all this all those things or would you not feel the need to do that? Because if the need is not in there, whether you’re conscious of it or not, you’re probably not that person.

If you take the brunt of it, they don’t have to deal with it, and they can push it all off on someone else and then they can make that person feel like they actually are responsible. They can make you feel responsible for everything that happens.

Of course, when you feel responsible and you feel guilty and you can’t figure out why or what you did, then you feel more alone, you feel more isolated, you feel like perhaps you’re not lovable, you’re not worthy. All of these wonderful things about you, love, worth, importance, significance and you’re amazingness… all of these things are stripped away slowly over time. They’re chipped away by the other person, getting you into a more and more insecure state within yourself.

When you were once generous and kind, suddenly, you’re selfish and uncaring. These are all qualities that get twisted around inside you. Not that you’re changing but you’re made to believe that you’ve changed.

If you ever come up with the question, “Am I the manipulative one? Am I the one causing these problems? Maybe they’re right about me,” ask yourself the question, “Was I this way before?”

If you are in a relationship for your life, like you grew up in a family and they’ve convinced you that you are always this way, ask yourself the question, “If that person wasn’t in my life, who would I be then?”

Because the emotional abusers, the controllers, the manipulators, they’re going to be who they are with anyone. That’s who they are. Though, they usually show up as more kind, more caring, more sensitive to strangers or at least people that aren’t in their inner circle of intimate connections. They’re going to show up more kind for your friends, for anyone else that looks from the outside in and they want to be seen in a good light.

You get to know someone by the way they treat people that they don’t know, and that serve them. That’s kind of a good analogy that doesn’t always work for every situation. Someone might fool you by being nice to someone else and you are impressed by that.

But when you’re with someone a while, their personality starts to show when you see them interact with people that serve them in some way. For example, the hotel bellhop, the waiter, the customer service person in a department store, all of these people that show up in our lives that we may never meet again but we need something from them, or they are serving us in some way. Usually you’ll see behavior come out toward them that will be very important for you to know because when the honeymoon period dies down (and that’s usually in a new romantic relationship or a friendship), you start to see behavior come out in them with others that will eventually come out with you.

When the honeymoon period is over, how they treat the waiter or the convenience store clerk will usually be the way they treat you.

This is so vital to understand that when you get into any type of new relationship, behaviors that they have toward others will eventually come out toward you, because it’s in them. If it’s in them, it comes out in the relationship, especially because they become more and more comfortable being their true selves or behaving in ways that they’ve learned to behave most of their lives. So, you can add that to the list of red flags.

But this is a reminder that you may not be doing any of the manipulating. You may have had to develop that behavior in order to get your needs met but think about who you are outside this relationship. You may have some behaviors that you’ve developed even before the relationship, you may be carrying those with you. But if you’re listening to the show, you’re probably willing to change those things, you’re probably willing to look inward.

It’s very unlikely that people who really want to control you, people who really aren’t caring enough about your happiness and about what you want in your life, they probably don’t listen to shows like this. And if they do, maybe they’re starting to get a glimmer of light that something needs to change in them.

It happened to me, the glimmer came when I was married. That glimmer of light, that glimmer of thought that came to me that said “Something needs to change about you. You’re losing these relationships. Your marriage is falling apart and something needs to change. Why don’t you take that opportunity to look inward, instead of looking outward at everyone else and trying to make them change for you?”

That thought grounded me. That thought brought me back and made me realize that perhaps I needed to do some inner work. And I did. I did a lot of inner work. It saved me and my relationships.

I hope that anyone listening to this can see that glimmer of thought, or it can come to them in some way so that they can perhaps look inward and think “maybe I need to change something about myself.”

And if you think it is you, that’s why I created The M.E.A.N. Workbook. The M.E.A.N. Workbook has a 200-point assessment that you can check off everything that your partner does or a family member does. It helps you assess what level of emotional abuse and mental manipulation it is. I’ve had people give it to their partners and their partners checked off things too and gave them some realizations.

If your partner is honest and they can check these things off in an honest way, then you can reflect on your results together. Then afterward, maybe you can have a talk about it and communicate about what you can work on together and go through the process of healing and growing and learning a lot about each other, and about yourselves, in the process.

You don’t need the workbook to listen to this show. It’s just helpful if you want to assess your relationship or are trying to find ways to heal through it, get through it together, or get through it apart. I’ve been told it is extremely helpful and enlightening.

Tagged under: Are you manipulative?How to know if I'm the emotional abuser

Click here to visit The Overwhelmed Brain blog and podcast