It takes two to build and one to destroy: The cheating partner works alone 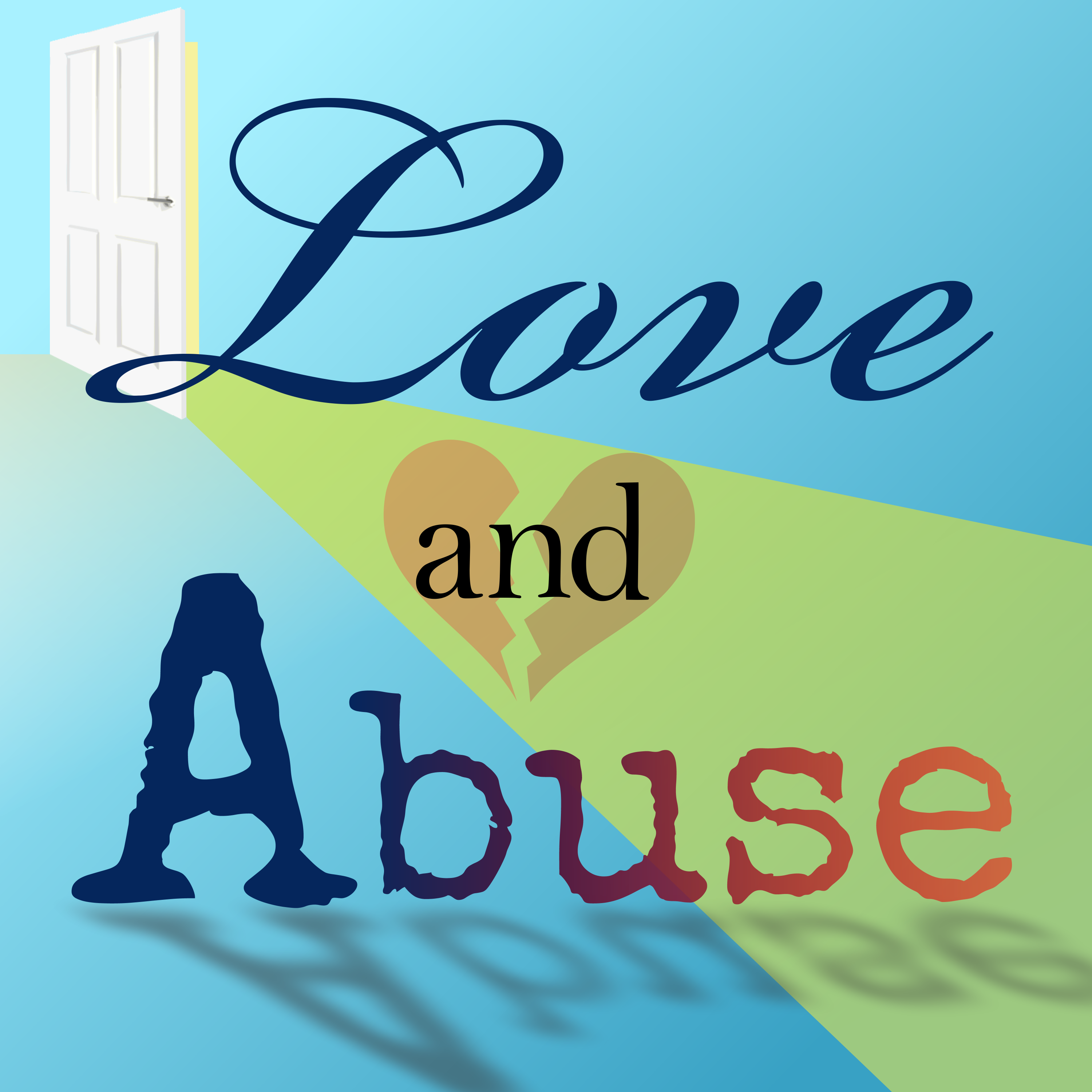 Episode play icon
It takes two to build and one to destroy: The cheating partner works alone

When the partner of a cheater carries guilt, thinking their own behavior caused the cheating, the relationship can disintegrate even further, destroying the very foundation of what’s left.

The cheater works alone no matter what the partner has done. Accepting this means healing and moving on, whether the relationship survives the affair or not.

I want to address something that’s been on my mind. I’ve heard people say this to me, “It takes two” when there is a challenge in the relationship.

I’m not talking about those…

I’m talking about the relationship where you go into it and your partner goes into it, understanding that there will be no betrayals, there’ll be no infidelity. Yet we all know, people do it.

But I’m not really here to discuss infidelity as a whole. If you listen to my podcasts I’ve talked about this on other episodes. In fact, you’ll probably hear one coming up, which is going to be sort of a replay from an episode that I did on The Overwhelmed Brain, my other podcast, and it’s a very important episode on infidelity, healing and getting through it.

I want to play it in the Love & Abuse podcast as well, because I’m sure that many listeners of this show might have to face that (if they haven’t already), they might have to.  What I mean by that is that there might be infidelity, there might not.

There are relationships out there that never experienced this, and hopefully that’s yours. But if it is, I just want to address one aspect of it, that is the “it takes two” concept. I heard someone speak about this when my girlfriend was in her marriage. Her husband cheated on her multiple times and someone close to her remarked, “Well, it takes two you know”.

If someone comes up to you and says “Well, it takes two,” I believe there needs to be clarity in that statement because what happens is people will start to believe, “If it takes two, that means I am at fault as well” or “if my partner cheated on me, then it must be partly my fault as well”

But it only takes one to cheat.

That doesn’t mean both partners wouldn’t cheat, but that one person on one side cheats. If the other person is cheating as well, that person on that side is cheating, but that’s still one.

So you or your partner might think, “Well, there could be more and this relationship is terrible.” Or “I’m not enjoying myself here. Every time I come home, I have to deal with this, so why don’t I just go find someone else to make me happy.”

Those thoughts, in themselves, aren’t the problem. The problem is when one of you goes outside the boundaries of the relationship, outside the established values or even established vows, and decides to make the conscious choice to cheat.

I’m just saying that, this is what can happen. There can be a breakdown that leads to a breakthrough that leads to something wonderful. But I have the opinion of why take that chance?

Betraying the person that you’ve committed to is a very dangerous road. Not only that, it’s extremely selfish and uncaring. Now I say that, knowing that it’s a little abrasive. It’s a little rough, because some people have had terrible relationships and they’re mistreated and maybe even emotionally or physically abused. Some people have already experienced a betrayal of trust, and therefore the other person says, “Well, I’m just going to go cheat.” I know that happens and sometimes it feels very justified.

But my point isn’t to argue for or against that. My point in this is to say it doesn’t take two to cheat. It takes one.

The main reason I wanted to convey this is because there are a lot of people out there that have had infidelity in their relationships. And the person that cheated might have said, “it takes two”. Or someone close to you might have said something like that to the both of you, and I think it’s very important to have clarity around that statement.

The clarity I believe you should have is:

And again, both partners can do this to each other. But the reason I’m emphasizing this so much is because some people will go through their life thinking that they’re at fault for their partner cheating.

That’s not how it works.

You cannot be at fault for someone else’s conscious choice to do something that is outside the commitment and values of the relationship that you both agreed to. That should be an unwavering foundation.

Now, that doesn’t mean you can’t say “Look, I’m having a really crappy time in this relationship, and I have to get out of it” or “I have to take a break.” I’m all for taking a break, if that’s what needs to happen.

But if there’s no progress and you can’t get through to each other – if you can’t express yourself so you don’t feel safe – then it maybe it is time to take a break. But at least you’re establishing a new guideline, a new rule.

When there’s been nothing spoken about taking a break or seeing other people and the assumption is that the guidelines still exist, then one of you decides to cheat that is when “it takes one”. That is the other person making a decision for the relationship by doing something for themselves. It took one person to do that.

My hope is that having this understanding takes away some of the guilt that can form because somebody can carry that guilt, blaming themselves, that their partner cheated on them.

I’ve heard people say, “I have guilt about my partner cheating on me, I blamed myself.”

Like I said, it’s not a matter of you mistreating your partner. For example treating them terribly, calling them names. Anything like that, that might drive them to make a conscious choice to cheat on you.

But to make that choice without a discussion, or some sort of separation or breakup… In most cases, in most relationships, it is such a violation of the values of a relationship that you are now acting on your own accord (or the other person is) an because of that, it took one.

In order for two people to work on something, both people have to be committed to the original foundation, the original guidelines that were set up.

I’m not trying to be for or against either the cheater or the victim here because like I said you could be the one who did this or your partner could have been the one who did this.  You may have both done this but understand that when it happens, the person is making a conscious choice to do it

And when those conscious choices are made outside the foundational values and guidelines of the relationship, the cheaters are acting on their own and it has nothing to do with their partner at that point.

Again, unless new guidelines are formed, it is important to remember the foundation, the structure, of how a relationship is set up, is assumed.  That is why a good relationship can survive arguments. It can survive fights, because it’s understood that both people will stay within the guidelines.

So even when my girlfriend and I get into an argument and it gets really heated, when we say things that are really on our mind, when we get it all out on the table, we know that we are going to get back to that settling-down point that is based on that foundation. There’s an intrinsic trust in the relationship so we’re not constantly thinking that the other person is just going to go find someone else to be with. But this happens in plenty of relationships too.

A considerable amount of relationships develop this intrinsic trust for each other. They don’t even have to think about it. That is why the betrayal is so strong and why it can hurt so much to be cheated on.

On my other podcast, The Overwhelmed Brain, I call infidelity emotional murder. It can feel like someone just ripped your heart out and threw it on the floor , with no regard for your feelings or emotions

That’s why I believe it’s so important to continue honoring at least the foundation of the relationship. And if you can’t, if you find that you really want to go outside the relationship to be with someone else, then in my opinion you should separate or break up either temporarily or permanently so it doesn’t go outside the original commitment. That way both of you are involved with setting the new guidelines.

If one of you is making up the rules as you go along, then there’s not much of a relationship there anymore. It will fall apart. Relationships don’t work that way and one or both of you are going to be devastated eventually because the foundation has fallen apart. There will be nothing to stand on or land on.

Tagged under: blames me for the cheatingmy spouse cheated on me and blamed meWhose fault is the cheating?

Scroll up
wpDiscuz
0
0
Would love your thoughts, please comment.x
()
x
| Reply
You are going to send email to