Confusing you into submission: A common manipulation you may fall for again and again 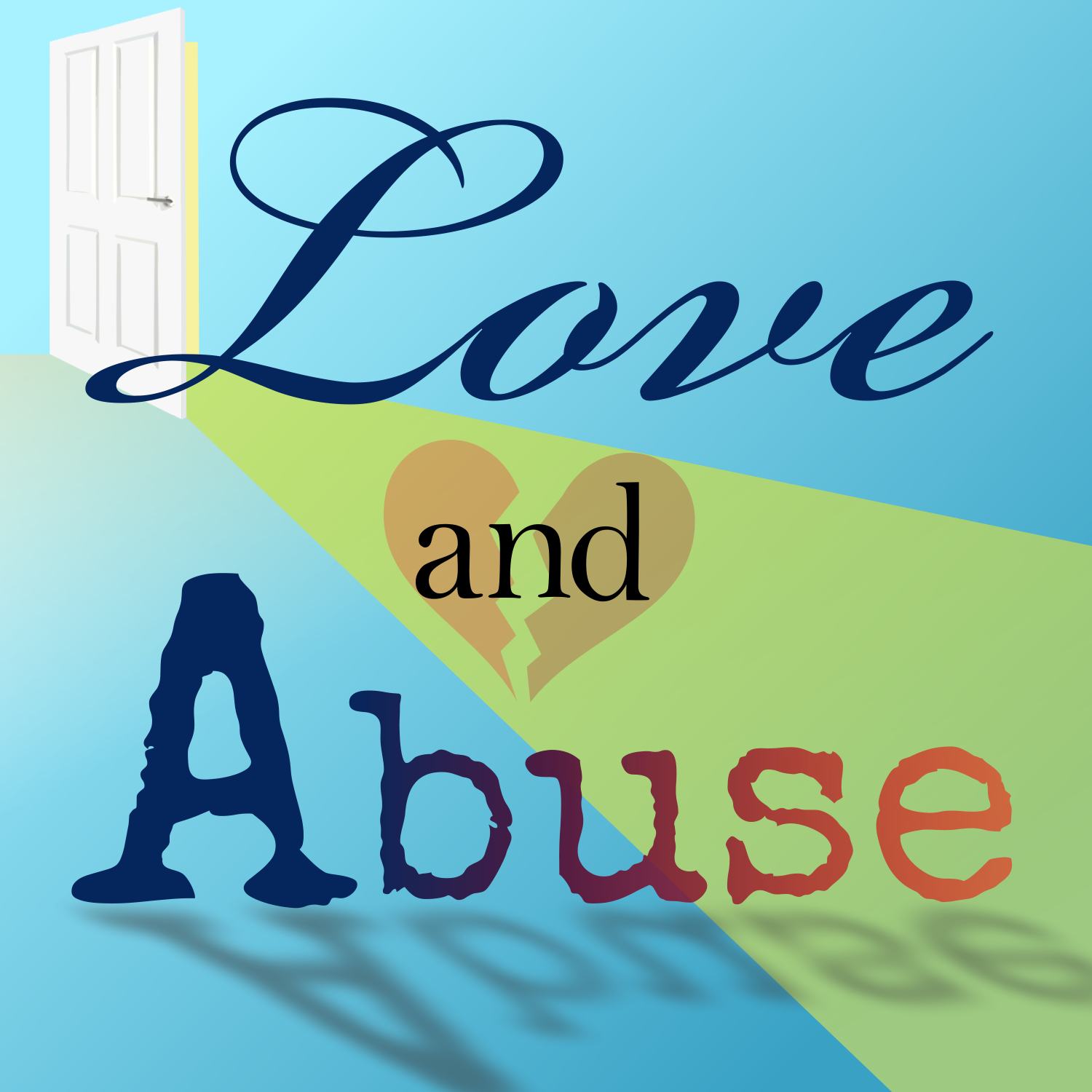 Episode play icon
Confusing you into submission: A common manipulation you may fall for again and again

Have you ever sat there feeling confused, frustrated or running out of patience listening to someone talk and talk?

There is actually a method manipulators use to confuse you into compliance so that they can get their way with you. It is something you may not know is happening, but once you understand it, you can predict it and even get out of it before it’s too late.

I want to share with you something that I learned a long time ago in the world of hypnosis. I have been certified by two schools of hypnosis and I learned a lot about the subconscious mind that is very, very helpful when it comes to learning how people influence you.

I became fascinated by the subconscious mind and fascinated by influence, both ethical and unethical. Not that I practiced the unethical, at least not consciously, because I’ve certainly had my moments, especially in my marriage where I was not very ethical. I was a good manipulator.

Coming out of that, and looking back, I can see the techniques or methods that I used and I didn’t even know I was doing it.

In the world of hypnosis there is a term called The Confusion Technique, and manipulators of all types will use confusion to put you in sort of a trance- like state. What I mean by that, I don’t know if you’ve ever listened to someone’s monologue or lecture, or just sat there waiting for someone to stop talking and they were talking about something that didn’t quite make it into your logical brain; you didn’t understand it, you just sat there going “Well, I can get some of this but not all of it.” Maybe like a highly scientific lecture if you’re not scientific, or someone talking about how to fix a car in a lot of detail, and you have no idea what they’re talking about because they’re using car terminology.

You can get confused! You can start to zone out, and you might sit there like a deer in the headlights waiting for them to stop. This is actually a trance induction technique in hypnosis that is not used as often as it used to be, as far as I know. I haven’t been in that world for a long time, but it is still used conversationally, and hopefully for good, but it is also used for bad. A lot of people do it without even knowing they know what they’re doing.

What I mean is they don’t know they’re causing you to go into a trance or zoned-out like state so they just keep doing it because it seems to work. It’s like when a dog figures out how to get a snack by turning around or begging or staring at you with those cute eyes and you’ll eventually give them a snack, some people will, and when you give them a snack they realized “Oh, what I just did worked!”

A lot of people that want to manipulate you will use this technique, again probably unknowingly, because they just learned what works, and they just repeat it but they don’t realize they’re using it.

So why do they do it? They want to put you in a trance-like or zoned-out state so that you look for any escape.

Now there is a logic to this, when someone is doing this to you – when they talk to you about things you aren’t familiar with or aren’t sure about. A good example of this is a technique in hypnosis.

You might have followed along, but a lot of people will try and follow that and get caught up in the left/right thing so their brain will try to connect the dots and follow this linear progression that I am doing, but the brain tends to get confused because there are just so many ways I am using right and left. Am I talking about the hand or am I just saying the word right and is that right? And is it on the right/ And what does that mean?

You notice that at the end I stopped saying it and I took you out of the confusion. I said ‘you feel more relaxed and you feel this warm feeling in your chest as you put your hands down by your side.’  That is something the brain can really comprehend and latch onto, and wants to do.

What makes it feel better?  How about a subliminal command?  How about something that says “and you will do this for me”?

This is exactly what happened to my wife and me when we were married.  We were sitting outside a restaurant and I think we were getting ready to go.  It was at night. Somebody walked up to the car, to my side the passenger side window.  I rolled it down an inch or two and this guy just started talking, “Hey, I just want to ask you a question. My sister’s in the hospital and I don’t have any gas” and he just went on and on and on.

He had so many facets to his story that it was very hard to keep up. My wife and I just sat there waiting for his story to end and it wouldn’t end and we both wanted it to end badly.

He finally hit the end and he finally got to the part where he said “And I just need to borrow some money.” It was just someone asking for money but he had this long convoluted story that he knew worked because we both reached in and grabbed $1 and gave it to him.

When he left we both looked at each other and asked “What just happened?” We felt completely hypnotized. We wanted him to stop talking so badly that when he asked for $1 it was like saying “I will shut up if you pay me” and this is part of the manipulation that can happen.

I’ve seen other people on the street do this same technique but I’ve also seen it in many, many relationships. I’ve seen many people do this where they will put someone in a state of impatience, frustration, and confusion, until they get to the point where they’re so frustrated, impatient or confused that they’re looking for any way out.

And what is that way? The way out is going to be what the manipulator wants and that’s what we tend to listen for is “What do they want?”, because you probably want them to stop talking.

You’ll get to the point where you’ll do anything to make them stop talking and then they’ll get their way because the problem is, we are in a state of confusion and we don’t want to be in a state of confusion because it’s very uncomfortable and we’re looking for the easy escape. We are looking for the path out of there. This can happen over and over again.

I had a client send me a recording of her and her husband and her husband would not stop talking. He would not stop talking. He kept talking to her and talking to her. This is the same thing that my girlfriend went through with her ex-husband. She told me of his monologues that continued on and on and on and then I got to experience it for myself.

I’ve actually talked to this guy and he doesn’t stop talking. He just keeps talking, and not that I’m saying over-talking is a bad thing, but it is when it’s used in a manipulation. And I’m not saying he was trying to manipulate me, but I don’t know.

You might sit there for 10, 15, 20 or 30 minutes, listening to this and looking for that door, the proverbial door. You’re looking for that way out… and what way out do they give you? They give you something that benefits them and not you. I want you to be aware of techniques like this and I’ll share more in future episodes. The confusion technique is often used unknowingly.

I don’t think there’s a book for manipulation, well there might be on unethical influencing of people, but we all need to know what’s possible. We all need to know how we end up being in these trance-like states, even though you may not have called it that, but that’s what they are.

Some people don’t even know they’re doing it. They just know what they do works and how they get what they want works. So if you ever find yourself in this state of “Why did I just do that? Why do I always give in? Why do I keep continually give him or her what he or she wants?” It may have to do with you looking for that easy way out.

There are probably other methods, but what you’re trying to do is continually interrupt their pattern. And again, that may be hard, because you may have already established the type of communication relationship that you have and it’s hard to break that. If you suddenly start going,”Wait, wait, wait. Back up, back up”, they may go “What?” and they may get frustrated themselves. Maybe that’s where you want them. Maybe it’s time to take over the conversation.

This is another way to break this old pattern is you take over the conversation and you stop staring like a deer in the headlights waiting for them to stop. Again, that’s a tough thing to do., but at least if you know about this, then you can almost predict what’s going to happen next. You can almost predict that they are going to lead you down a road that they want you to be on because they know that you’re going to be so frustrated or confused where you are that you’re more willing to accept that.

In hypnosis this can be used in an ethical way. You can be confused with the right/left thing and then I might say during those stressful moments you’ll feel so relaxed, and that will be more likely taken as a command in your subconscious mind so that you get out of confusion and not only do you get out of confusion, now you have a warming thought, a comfortable thought that you can actually latch on to and utilize when you need it. Unfortunately, manipulators don’t do that. They instead take you down a different road and they get what they want. It has nothing to do with what’s in your best and highest interest and only theirs.

I wanted to share this confusion technique with you. It’s not necessarily an emotional abuse term or a manipulation term. It does come from the world of hypnosis. There are many facets to understanding manipulative language, poisonous language, and toxic language. In this case what I talked about today comes from an ethical place, comes from a positive place where people will use it in a healthy way to help someone through challenges they’re having. But people twist things and people use things.

There are so many facets to this and so much we can get into; lots of episodes coming.

Scroll up
wpDiscuz
0
0
Would love your thoughts, please comment.x
()
x
| Reply
You are going to send email to
Move Comment